The Caps for Sale Story Continues

Ann Marie and Esphyr found they had many things in common. Esphyr was an artist, author and illustrator. Ann Marie was an artist, singer and composer. In fact, Ann Marie had even performed some of her own songs about children in a concert at the United Nations.

In 1998 Esphyr asked Ann Marie to move with her from West Hartford, Connecticut, to Long Island so that they could continue to work together. Ann Marie was finishing studies at the University of Hartford at the time and agreed to go.

The two artists worked continuously in those years and 12 hour days were nothing out of the ordinary. They attended many art exhibitions where Esphyr's work was on view and theatrical programs where Ann Marie performed the musical narrative production of Caps for Sale. Esphyr spoke at many of the shows and autographed books even when she was over 90 years old.

Although abstract painting was Esphyr's passion, she shared a common interest with Ann Marie in writing and storytelling. Ann Marie scored musical versions for five of Esphyr's children’s books during Esphyr's lifetime.

Esphyr would listen to Ann Marie sing the songs to the musical storybooks and often suggest a change in a melody or lyric.  This helped Ann Marie understand the different personalities of Esphyr’s storybook characters.

Ann Marie and Esphyr spent hours talking about children’s books. They both agreed that it is important for their stories and all stories to have good messages and often teach us all how to behave in life.

As you know Esphyr was much older than Ann Marie. And so she made a wish that after she was gone Ann Marie would continue her work and keep Esphyr's art, books and illustrations in the public eye for future generations to enjoy.

In the year 2000 Esphyr formed the Slobodkina Foundation where Ann Marie has served as President for many years. In 2010 Ann Marie concluded a three-year project producing a traveling exhibition of the largest collection of Esphyr's art.

To continue the development of the Slobodkina Foundation it was vital for Ann Marie to find a way to generate additional income.

While performing Caps for Sale over the years, Ann Marie had always been asked what happened to the Peddler and the monkeys. Ann Marie and Esphyr had talked about possibilities while Esphyr was alive. But Esphyr did not make any additional drawings that could be used if a new story was written down.

The Caps for Sale book series was based on story ideas from Esphyr’s and Ann Marie’s imagination. The theme of More Caps for Sale is not only a continuation of Caps for Sale, but also taken from other Esphyr’s children’s books such as Mary & The Poodies, (unpublished).

In Mary & The Poodies, Mary learns good behavior by mimicking her imaginary friends “the Poodies.” In More Caps for Sale the monkeys learn good behavior, too. In Cap for Sale & the Mindful Monkeys, the monkeys mindfully watch the Peddler and then they save the day.

And by the way, every tree, chair, lamp, building, cap and, of course, monkey, was produced using Esphyr‘s original art. By way of example, although most of the images were scanned from Caps for Sale illustrations, the Peddler’s bed and some of the people were extracted from Circus Caps for Sale, the house from Jack and Jim, furniture from Moving day for the Middlemans, and the banana from Esphyr’s oil painting Still Life with Bananas.

Reflecting upon hours of conversations with Esphyr, Ann Marie takes great care to develop all the Caps for Sale storybooks and projects just as the Esphyr, herself, might have done.

And as Esphyr wished, today Ann Marie, with the help of the Slobodkina Foundation, is still keeping Esphyr Slobodkina’s
story alive. 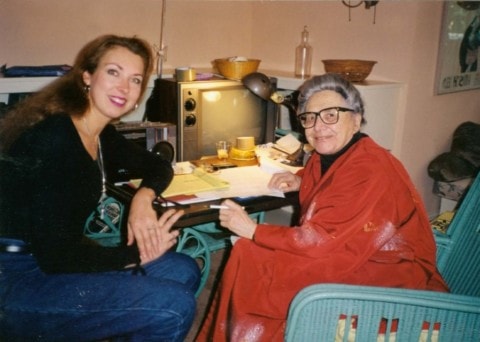 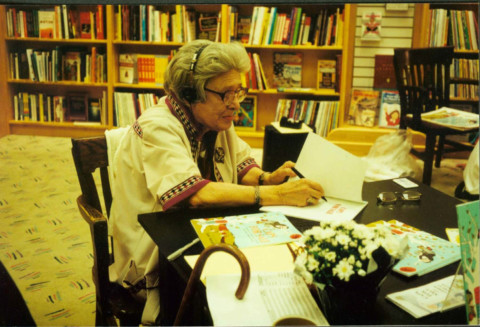 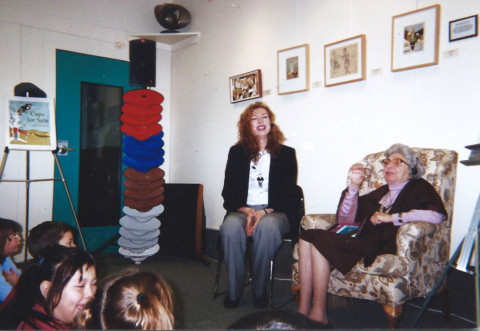 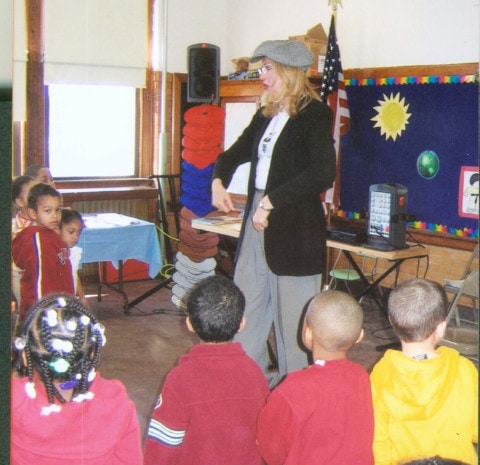 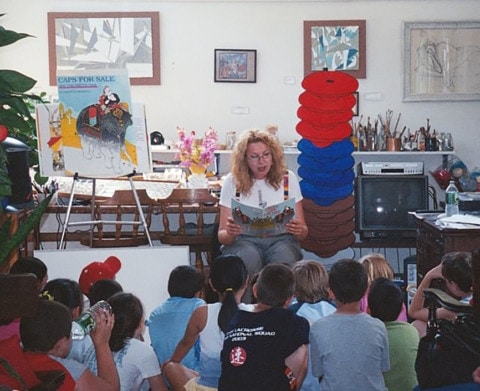 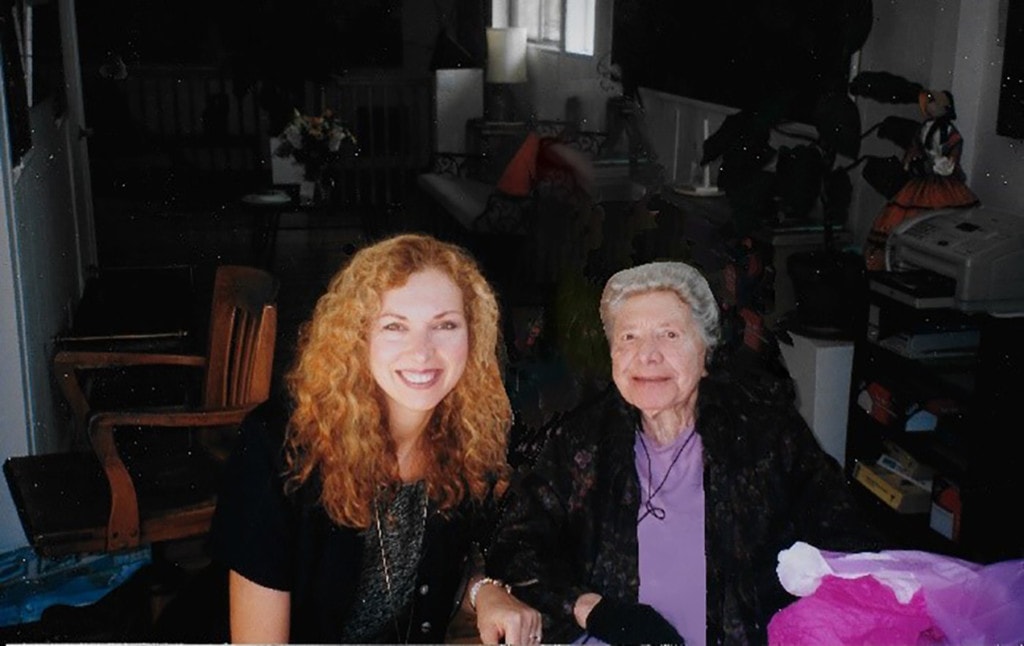